An entirely English squad, epitomising the life's work of Sam Allardyce, Neil Warnock and co, what could possibly go wrong..?

To celebrate Ollie Dixon's new series release for Football Manager 2022, we're going to be telling you about the 'Brexit FC' challenge!

The 'Brexit FC' challenge is all about making a squad fully English, prioritising experience above all else and creating a team good enough to dominate world football.

This article is going to give you our top 5 clubs to manage in this challenge. Trigger Warning: Birmingham is mentioned in the below content.

If that hasn't scared you off, then check out the first episode of Ollie's FM22 series here.

In real life, The Hammers are flying high in the Premier League under David Moyes and have Europa League football in the first season! You could follow in Ollie's footsteps and take charge of greats such as Mark Noble and Craig Dawson with younger English talent in the shape of Declan Rice and Jarrett Bowen providing good foundations for a surely-dominant save.

Do we need to say any more? It's Burnley. 4-4-2. Happy Place, Happy Place, Turf Moor. If Priti Patel and Nigel Farage had a love child, this would be it.

Often referred to as the most feared club in the country, Millwall is the perfect place to get your Stone Island gear on and win over the fanbase, gaining promotion to the top flight for only the second time in the club's history. Want more convincing? Give this a listen.

Birmingham City. Described as: ' Probably the most embarrassing thing to come out of the midlands.' on Urban Dictionary. In the shadow of rivals, Aston Villa, City fans don't have much to cheer about at the moment - but you can change that. Thankfully, Football Manager is a game, and if this is your team of choice, you don't actually have to go to Birmingham.

Would it be an FM22 '5 teams to manage' without Newcastle? We just want you to imagine that you've loaded up a save as Newcastle Boss..You check the finances section. £200m to spend. With that money, you could sign whoever you want, providing that they're English. Just ignore the fans with dishcloths on their heads, and you'll be alright.

We hope you enjoyed reading our Brexit FC Challenge teams to manage, let us know in our Discord Server how you get on, and don't forget to watch Ollie Dixon attempt the challenge over on his YouTube channel. 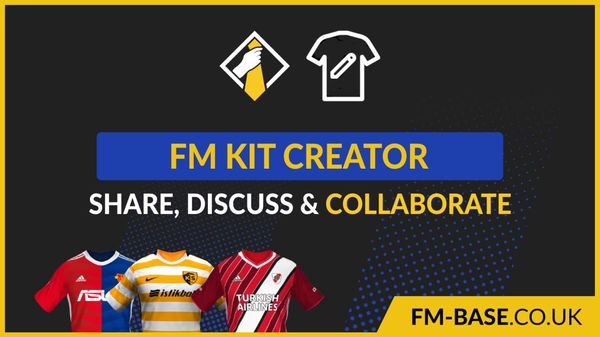 The FM Kit Creator is a new tool for creating FM22 kits. It's simple to use, and we're sure you'll have a bunch of fun with it. 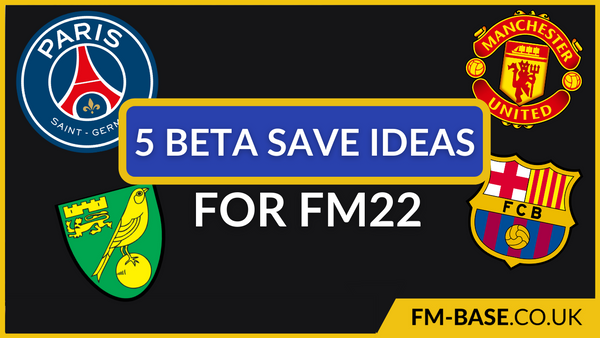 Here are 5 save ideas for the FM22 beta that you need to try!