Well, it's finally here! The FM22 Winter Update (22.3) is live and brings with it the usual changes plus the addition of Versus Mode!

Let's have a look at what the latest update of our favourite game contains! A link to the full list of changes will be at the bottom of the article.

SI have announced that in this update there has been about 4.4 million changes to the database including player transfers and player ability tweaks. There will still be some more changes to come with the transfer windows for the MLS and Chinese Super League closing just recently.

Ah yes, the same change that seems to pop up every year with the Match Engine. Yep, you guessed it! Inside forwards and wingers and how often the cut inside with the ball when attacking has been tweaked. To be honest, I hadn't noticed this as an issue in my current SC Heerenveen save.

On the competitons front, rules and formats have been changed in many countries including but not limited to USA, Argentina, Belgium, Brazil and Wales to name a few. The new European/South American Super Cup has been added to the game along with major progressive format and structure changes for Argentinian competitions from 2021 to 2026.

On the Gameplay front Dynamic Youth ratings have been tweaked with some rebalancing and allowances for smaller nations to receive boosts within realistic parameters.

Thankfully the issue I found most annoying in FM22 has been tweaked! That's when a player will demand promise to play in certain position/role in contract negotiations has been altered and there have been tweaks to a players valuation when a club states that they are not willing to sell them mid-season.

SI have fixed up multiple items with the User Interface including such things as goal captions now always showing correct number of goals scored by player, added “Last Match Analysis” to be viewable after one match is played, rather than having to wait for three matches and have fixed an issue where dugout notification would appear for an opposition player towards the end of matches.

In good news for fans of playing FM over the Internet with other FM players, Versus Mode has made a triumphant return to the game! Now you can play against your mates in the ultimate battle! At this stage you need to be an FMFC Member to access Versus Mode.

You can export your favourite teams from Career mode to use in Versus mode or choose a team from any of the playable leagues. Game types are Knockout (2-32 teams), Group Stage (8-32 teams), League (2-20 teams) and 1 V 1 (2 teams). This allows you to customise the game to the way you want!

Only Club sides are available, no International team but we are super keen to sink our teeth in to Versus Mode as this presents FM with so much potential from an eSports perspective! 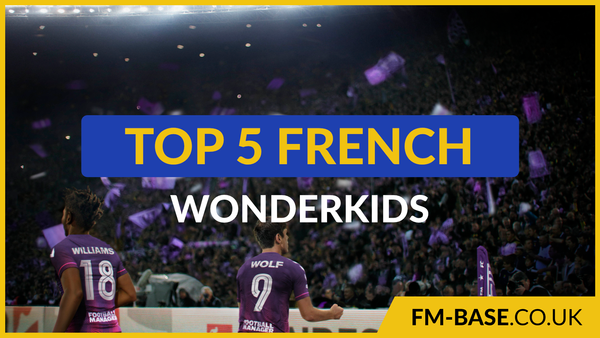 Bringing the French flair to your squad has always been one of the most thrilling aspects of any Football Manager game, from Thierry Henry to Zinedine Zidane. 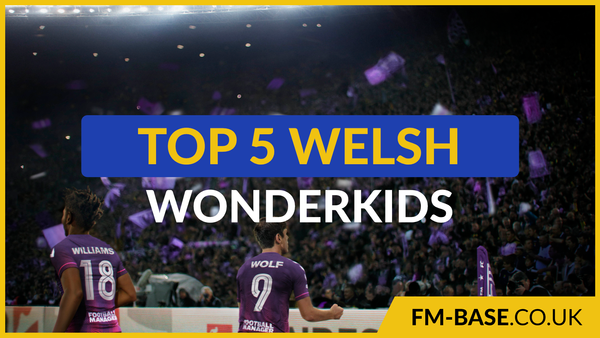 Numerous names come to mind when discussing the latest Welsh national squad; come and discover who the succeeding wonderkids are in Wales FM22.