Founded in 1886, Plymouth Argyle is a professional football club based in the South-West of England in Plymouth, Devon (The biggest city in England yet to have a football club feature in the English first division). Traditionally floating between the second and fourth-tiers of English league football, ‘Argyle’ is a club that found their best successes during the late 2000s under the stewardship of Bobby Williamson, Paul Sturrock and (the often divisive amongst the Argyle fanbase) ‘Hollowords’ – Ian Holloway. The club plays at Home Park, otherwise known as ‘The Theatre of Greens’, an 18,600 capacity stadium in Central Park, Plymouth. Known as ‘Argyle’ to anyone from Plymouth and bearing the nickname ‘The Pilgrims’, Plymouth Argyle are a club with huge potential, despite being stuck in a peninsula away from the footballing hubbub of the rest of the country.

Plymouth-born Chairman Simon Hallett’s expectations of your first season will be very much achievable: a minimum of a play-off finish can be easily reached, while second-round ties in the FA and Carabao cups should generate more finances to add to an already healthy transfer and wage budgets of £50k and £45k respectively. Hallett wants you to also play entertaining, attacking football to bring more fans into the second-largest stadium in League Two, Home Park. If all goes to plan, you’ll hopefully have a season to remember as I did, going above and beyond with the resources we already had at the club!
The media can also see Plymouth Argyle achieving a play-off finish, although with very close odds a straight-up promotion push is not out of the picture. As it stands right now IRL, Argyle sits in 4th place in the League Two table, with only 1 point separating them from 3rd place Crewe Alexandra and 6 points from 1st and 2nd in Swindon Town and our rivals, Exeter City.

One to Watch – Danny Mayor (CM/AM/LW)

How do you solve a problem like Danny Mayor? Arguably the most talented (and definitely one of the highest-paid) player in League 2, Mayor has gained a reputation of being a creative, game-changing midfielder who linked well with the attacking wing-back system at Ryan Lowe’s Bury last season. However, playing Mayor in the role he plays in real life for Argyle – a mezzela-esque drifter linking well with McFadzean at LWB – has not been the most effective in my experience. Playing Mayor as an attacking Advanced Playmaker has suited his in-game playstyle far better.

One to Watch – Alex Palmer (GK)

6’3″ shot-stopper Alex Palmer (on loan from West Bromwich Albion until the end of the season) is a great choice between the sticks. A very capable goalkeeper with excellent attributes for League Two, Palmer has shown promise this season IRL with some sensational saves and can be relied on to play out from the back in a composed manner.

One to Watch – Dominic Telford (ST)

Of the four or five potential options Argyle has upfront, Dom Telford is certainly the most potent. Arguably one of our players of the season so far, Telford’s promise has only been limited by his awful injury record that has limited his game time. Although he is small in stature, Telford is a strong all-rounder as a striker and thrives in using his great work rate to make runs off the shoulder of the opposition defence to attempt one-on-ones with their goalkeeper.

One to Watch – George Cooper (LW/AM/CM/LWB)

Another talented loan signing (soon to hopefully be made permanent at the end of this season), natural attacking midfielder George Cooper is your classic flair player. Cooper, on loan from League One outfit Peterborough United, has a wand of a left foot, creating endless chances and laying on 8 assists for his teammates in just 17 appearances: the most in the Argyle squad. George Cooper has thrived recently while covering as an unconventional left wing-back following the injury of McFadzean and has enjoyed hitting early crosses into the box and linking up well with Danny Mayor.

One for the Future – Mike Cooper (GK)

‘Super Cooper’ has been one of Argyle’s greatest young talents on the past few iterations of the Football Manager series; twice he has taken me to the glory of the Premier League and has often found more immediate success at Championship level football. Fantastic attributes provide a good foundation for the young goalkeeper to build on and the first season as a second-choice goalkeeper should allow the Exeter-born player to grow throughout your first season in charge.

Young Wales U19 striker Luke Jephcott has been a revelation since returning from his loan at non-league Southern League Premier Division side Truro City. Since he has been back at the club, he has scored 4 goals in 3 appearances, showing excellent movement and positioning to be at the right place at the right time in some real poachers efforts.

Available on a free transfer and putting you back £2.8k a week in terms of wages, Douglas is a high-end choice to boost quality at centre-back. Despite being 31, the Dutch defender has fantastic attributes across the board and could end up being a star player for Plymouth Argyle. On the other hand, his age contributes to the fact that he maybe isn’t quite as quick as you would like him to be and may struggle to play in a high defensive line. Douglas has played for larger clubs in the past including Sporting Lisbon, Dinamo Moscow and FC Twente in the past and comes with a real winning mentality.

If you choose to get a high-quality loan in instead, Manchester City youngster Eric Garcia could be your man. Already showing great promise IRL this season, the Spanish ball-playing centre-back has fantastic attributes for his age and will certainly boost the quality of Argyle’s backline. The downside is that unless you have Manchester City as your senior affiliate, former Barcelona youngster Garcia could set you back £3.6k a week on the wage bill; a hefty price but very fitting of the talented player.

The right wing-back is a very difficult position to fill: there are little options on the market unless you want to spend big money (which you shouldn’t really have to do at League Two level). However, Reading youngster Teddy Howe (not to be confused with AFC Bournemouth manager Eddie) is a solid option on the right-hand side. Howe isn’t necessarily outstanding defensively or going forward, but his excellent physical attributes should mean that he is able to get up and down the right-wing for the full 90 minutes a game at a canter.

One of two possible options I found to boost quality upfront was Leeds youngster Ryan Edmondson. When playing with Plymouth Argyle on my save, I found that the classic big man/little man strike partnership worked like a treat, and Edmondson would certainly fit the bill of the big man to Dominic Telford’s little man. The 18-year-old has excellent mental and physical stats and very much suits the role of a pressing forward/target man; less likely to score 20 goals a season but could possibly link-up play to make your team play better as a whole. At only £230 a week wages, Edmondson is a cheap and quality option.

If you instead fancied bringing in the sort of player that can get in behind the opposition defence and use excellent movement to create and score goals, former Plymouth Argyle player Jamie Mackie maybe your target. The former Scotland international won’t necessarily improve the quality of your options up front but can definitely offer you a wider variety of options upfront. Oxford United have Mackie on the transfer list for a measly £35k at the start of the save, and at only £1.4k a week wages he should definitely be considered as a potential strike option.

So, can you take Plymouth Argyle back to League One and potentially beyond? Can you bring top-division football to the biggest city in England never to hold it? Can you put smiles back on the faces of one of the most loyal fanbases in the country? If so, take on the challenge of taking Argyle back to where they should be!

If you fancy reading more about my journey with Plymouth Argyle on FM20, you can find my blog updates at rpwfm.com or follow me on Twitter at @RPWFM. 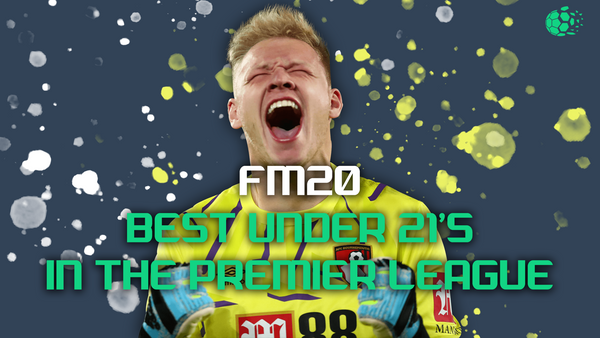 Looking for the best U21 players in the Premier League? Take a look at this list of players created by IconicFM. Prepare for Brexit these players will help you with 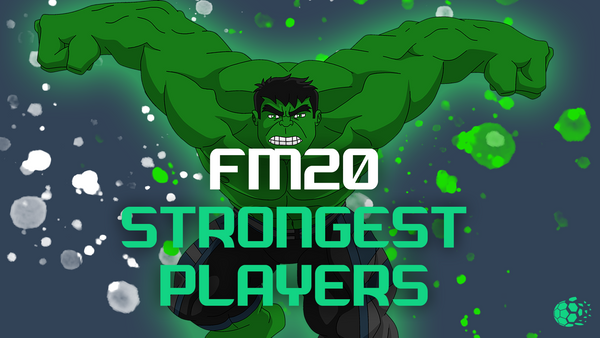 Sick of your coaches saying … “This isn’t the best squad in terms of strength” Yeah well, we’ll show you Coaching Team, here’s a list of five of