“I’ll be there in a minute, I’m just finishing this game!” The same lie we’ve all been shouting to our Mums, Dads & significant others for over two decades, in some cases. “Just one more game, then bed”, is another personal favourite of the Football Manager-isms we all know so well. You may have been here from the start, staring at scrolling text, three-day loading screens and databases of made-up player names in 1992. You may have joined us recently, wooed by the dynamic match engine, the realism and the chance to take your club in a direction your real-life manager can’t seem to see (“He’s not got a clue!” etc).

Regardless of when it started, we have all embarked on that same absorbing journey of perfecting football management from the comfort of our own couches. Needless to say, the journey has changed significantly since Championship Manager’s release in 1992, and since Football Manager changed the game in 2004. With a lot of major gameplay changes and the general development of a whole host of features over the years, it’s interesting to look back and see which features have changed the most.

Of course, if we wanted to compare every change in management games since 1992, we’d be here all day and I’d need a far superior knowledge of computer specifications than I currently have. In the interest of covering the main points, let’s have a look at the top 5:

Match Engine
​Okay, let’s start with arguably the biggest change to the series over the years. Game Day. Football Manager’s Match Engine has developed steadily from the iconic Flashing blocks of commentary text to an all-singing, all-dancing pitchside view of your team in action.

Championship Manager 01/02, still a favourite for many to this day, was a perfect example of the classic game engine in action. And what’s not to love… We have the Referee, Attendance, Weather, as well as the main space reserved for goalscorers and match events.

For years, this was the way to watch your team play, waiting with bated breath for the text to flash up with ‘Inzaghi!!!’ before your whole street would be illuminated by flashing colours of Milan. As times progressed, and we moved on to the Football Manager series in 2006, we had evolved into passionately supporting small numbered dots, emblazoned with our club’s colours.

Fast forward to present day and we have a realistic, 3D match engine with a range of features we could only dream of as we lay in bed in 2001, flashing text blocks still burned into our retinas after playing until 3 am again. With more visuals than ever before, of your tactics and team selection in play, the vastly improved match engine has given us levels of control and strategy like never before.

Tactics
​So we know now that we can see our tactics playing out better than ever before, but what about the changes to Tactics themselves? The Football Manager we know today is furnished with a wide range of formations, play styles, team/player instructions, positional roles and much more. The level of customisation available to us when constructing a team gives us everything we need to be the Mourinho Guardiola we know we are at heart. Or, in my case, Paul Jewell. A lot has changed since the days of picking your generic formation, choosing some set-piece takers and ticking ‘Yes’ or ‘No’ for your Offside Trap.

The most recent instalment of Football Manager includes step by step guides to building any type of tactic, meaning there is something for everyone. Tailoring your play style to match your strengths or your opponent’s weaknesses, customising your tactics to emphasise individual player ability or weakness, and countless other options are now available to all.

Want to play a Cautious Counter-Attacking style against an intimidating attacking side? A steady possession game to match your controlled 4-4-2? All-out attacking via the wings to utilise your overlapping Wing Backs? The only limit is how long you want to spend tinkering!

Leagues & Competitions
​Looking back over my time playing each of the Football Manager games, one of the most exciting developments for me has been the significant increase in playable leagues and teams. What started as an opportunity to manage in England or Italy, developed over time to cover all major leagues and now, managers can take control of teams in 116 leagues across 51 nations. Add in the option to manage a similarly wide range of National Associations or to start unemployed and work your way up from the bottom, and Football Manager really does offer the chance to embark on any type of career you want.

Part of the appeal of the game has always been the ability to lose yourself in your own immersive version of world Football. The sheer depth we now have available to us means that the world can start and end wherever you want it to, for just about anyone who cares to play the game. Besides, if you haven’t found yourself 3 seasons deep and battling through the Dutch second division, have you ever had the true Football Manager experience?

Scouting
​With the number of playable leagues growing continually, we also, of course, see a significant increase in the size of Football Manager’s player database. The sheer volume of continually generating players, each with their own individual stats, traits and personal information is, after all, that's what makes FM so much more than a game.

What started as a database of 1500 featured players in the first instalment of Championship Manager, has grown into potential player databases of over 500,000 throughout the 2,500 clubs. Dependent on the number of leagues being run at any given time and the number of seasons progressed, this number can grow and grow.

Can you imagine sorting your way through that lot on the old-style ‘Player & Staff Search’?!

Needless to say, Football Manager is now equipped with a sophisticated scouting tool which allows for heavily filtered searches through player databases, allowing managers to track down exactly what they are looking for. This is particularly essential once the game has progressed a few seasons, and Regen players begin to shape the future of your game. Scouting assignments are now in-depth reports, with a wide range of comparisons, recommendations and observations, giving managers everything they need to make an informed decision on a player.

So, next time you unearth a 15-year-old regen from the depths of South America who looks to be the next Lionel Messi, maybe give your scout a new contract to reward him for all the progress he has made over the last 20 plus years!

Transfers​Football Manager is what it is because it does it’s very best to simulate the real footballing world we see developing in front of us. In an era where transfer fees of less than £20 Million between the top clubs are almost unheard of, so too has transfer policy within Football Manager become more in-depth and more challenging. Whilst managers have always had to bid for players they wish to bring in, negotiations in the early versions of Championship/Football Manager were generally pretty simple once you had figured out a player’s value.

Proceedings are rarely so simple now. In fact, your standard transfer experience will now likely be inclusive of, but not limited to:

So there is a lot to think about, and you’ll struggle to find a Football Manager player who isn’t still grieving from that time their new Brazilian wonderkid was denied a Work Permit (His name was Thiago, and I’m not ready to talk about him yet). However, adopting a realistic approach to transfers has added yet another element to the management experience, forcing managers to consider what’s needed to construct a winning but balanced squad.

Finances and the scope for successfully purchasing new players are now huge considerations when taking over a new club, and can shape the type of game you have. Whilst you will always have the option to take control of a PSG or a Manchester City and have the extensive budgets at your disposal, adding to your squad is no longer as simple as raising the funds and placing a bid. Plus, starting your career at a club where wheeling and dealing, approaching free agents and scrounging loan deals is your only chance of success (I‘m looking at you Bolton!), is something every manager should try.

So there we have it, the Football Manager Journey has changed pretty significantly over the years, but it’s as exciting and challenging as ever. I’m sure many would agree with me when I say we cannot wait for the next instalment, so we can see what new curveballs have been thrown our way! 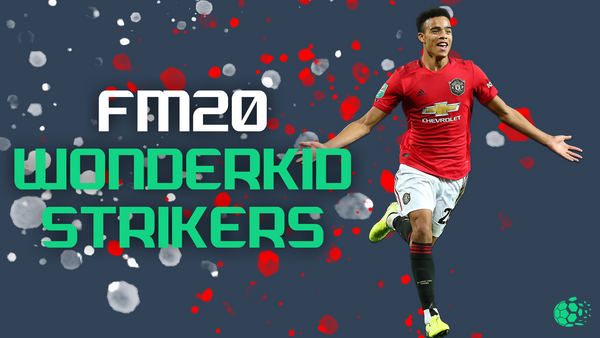 Wonderkids are a very divisive topic amongst Football Manager aficionados, and not one player will ever develop precisely the same so all these lists of top 10 this and top 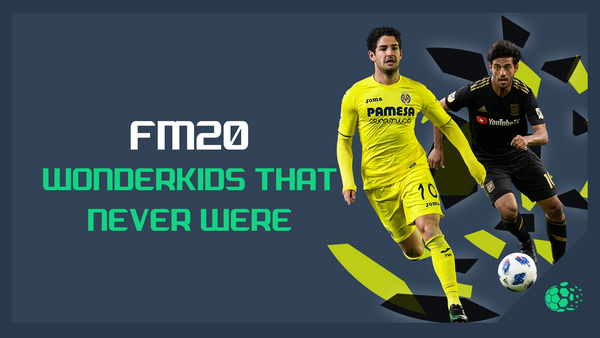 Although Sports Interactive does a great job with the database every year in Football Manager, no one can predict the future in terms of a players development. Every one of