You've decided make the (in our opinion) easy decision of buying FM21, the first thing you'll want to know is the very simple task of setting up a new career. In this article, we'll support you with that including creating your manager profile, selecting the leagues you want to manage in and more.

When you want to start a new career, click on "Start A New Game" and then select "Career". This will then pop up with the "Career Game Setup". In that pop up, you can select any custom databases that you have downloaded. At the bottom left, there will be the option to select either "Quick Start" or "Advanced Setup". It is advisable to use "Advanced Setup".

The next step in setting up a career will be selecting the active leagues. It should be noted that the more countries and leagues that you select the higher the approximate player count will be; the higher the player counter the longer processing times will be. The processing time is shown by the "estimated game speed" stats highlighted in the image above. Generally, Football Manager is acceptable on most laptops and desktop computers but do take noticed of the game speed. It is recommended to keep the player count below 125,000

When selecting countries and leagues it is important to understand the difference between "playable" and "view only".

In a country or nation that is not selected, there are no fixtures, you cannot see a league table, clubs' AI is fairly inactive/passive, and promotion/relegation/European spots are done purely by reputation. What you'll notice in a long-term game is basically the same four clubs qualifying for the Champions League over and over, though if you pay close attention to their first-round Champions League match, you can figure out who finished 1st/2nd, who was 3rd, and who was 4th, and that will change occasionally based on their Champions League wins/losses. On a "Small" database, regens are fairly uncommon.

In a league which is "View Only", there are fixtures, however, each match is resolved super-quickly based primarily on the clubs' reputation. Therefore, you can see a league table, and promotion/relegation/European spots are done by table, so you'll see a bit more variation. The clubs' AI is still fairly inactive/passive, which means that the top clubs eventually "fall behind" the top clubs in your Playable nations. On a "Small" database, regens are fairly uncommon.

In a league which is "Playable", but on low detail, there are fixtures, and each match is resolved based on the quality of the players involved .. but the full match is not simulated, so it is of average quickness; you can't watch match highlights. You can see a league table, and promotion/relegation/European spots are done by table. The clubs' AI is now active/aggressive, which keeps the top clubs in line with the top clubs in other nations. Regens are created annually for every club just as they are for yours.

In a league which is "Playable" and on "Full Detail", such as the league your club is in, there are fixtures and each match is resolved in every-touch-of-the-ball detail, which is extremely slow. It does give you the ability to watch highlights or even full matches, and of course there's a league table and proper promotion/relegation/European spots. The clubs' AI is active/aggressive, and regens are created annually for every club.

So, setting a league on "View Only" gives you a marginally better experience, with more variation in the promotion/relegation/European spots. It doesn't really make the league into an active league, but it isn't going to cost you much processing time, either.

Because of the difference in A.I. strength, I like to set the top divisions of the big-five European nations to "Active" so that I know that, no matter where I'm managing, the Barcelonas, Bayerns, Milans and Chelseas of the world are going to be epically tough matches. The regens keep the international sides competitive, too. Plus, you can always take a job in one of those top leagues if you get bored of the league you're in - the game will automatically set it to "Full Detail" when you transfer into it. I also like to have the top divisions of Argentina and Brazil and active, which tends to give South America much better regens.

Of course, that does slow my game down, so its a balancing act between realism and processing speed.

You do have the option to add more players that might not make it into the game when selecting either the Small, Medium or Large database. The Advanced option gives you the choice to add more players based on either continent, region, nation or divisions.

You have the option to start your career at different points depending on the nation that you choose. If you want to guide the team that you manage through pre-season then leave the default option as is, if not explore the variety of options available.

The above image is fairly simple to follow. Fill out the required details. If you are experience in playing FM then select "yes" in the blue box. If you are not, then leave the option as "no" and you'll be greeted with some tutorials in certain parts of the game later on.

The next option you'll have is the option to sort out you manager appearance. Again, this stuff is fairly straightforward. If you want to have your manager look more like yourself then select the option "Generate 3D image from your own Photo". By clicking this option, you be asked to select which image you want to use or use your website to generate an image. Once you've selected the image you want you then need to select the 11 facial features which helps the game generate the image for your manager model. The rest is again, straightforward for making your manager model. Once you're happy, click "Choose Team".

You may want to start unemployed, have FM pick a team for you or manage both a club and international team. In this screen you'll be able make all of those choices. If you select a team you'll be able to see information about the club which can help you make a decision on which team to manage. Once you've decided which team you're going to manage, or if you're starting unemployed select that option then select "Manager Style".

There are a variety of options on the Manager Style screen. You'll have the option to select Coaching Badges ranging from:

The choice you make here affects the allocation of points each side of your manager profile. The more high profile badge give you less points to allocate but will increase the manager attributes from the start.

You also have the option to let Football Manager pick a Coaching Badge for you depending on the team that you have chosen to manage.

You can also select your manager's Past Playing Experience which ranges from:

Similar to the Coaching Badges, you can ask FM to automatically set your playing experience based on the team you have chosen to manage. If you chose to select your own then you'll noticed the the more experience you select the more points that you'll have to assign.

The final option that you'll have is to chose your Management Style Focus from the following options:

After you've finalised all of the above the final task you have here is assigning any remaining points to your manager's attributes. It should be noted that there no good or bad choice in this area as your manager attributes will change as your career progresses. Once you've finalised your profile, you're all set to go with your new Football Manager career. 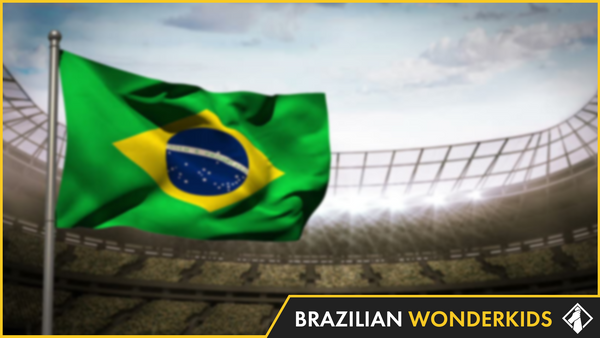 In this article, we provide you with a list of Brazilian wonderkids on Football Manager 2021 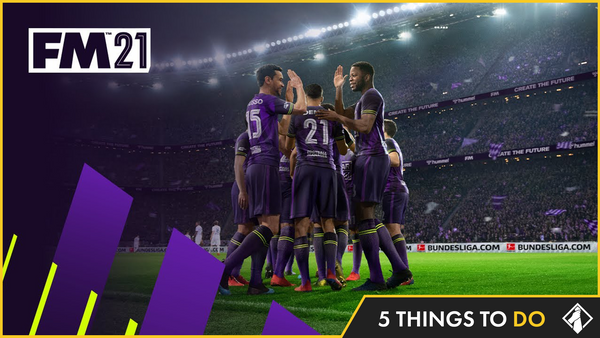