Recently, we launched My FM Journal. It’s a really cool FM-specific notebook which can be used as a tool for your saves. It contains 5 seasons worth of content which got us thinking: What is the best 5 season challenge in Football Manager?

Well today, we'll be presenting The Serie A Challenge. The goal is to simulate to the 25th December 2021, take over the team bottom of Serie A and attempt to win the Champions League within 5 years. Yes, it’ll be difficult.

While technically this challenge can be attempted in any of Europe’s big leagues, we've chosen Serie A, as despite having a rich football culture and being home to prestigious teams such as Juventus, AC Milan and Roma, an Italian team hasn’t lifted Europe’s ultimate trophy in 12 years - since José Mourinho led Inter to continental glory in 2010.

To make the save more challenging or in-depth for you, you could set the goal of watching every team in the league play at least once and devise a scout report on them, their playing style and key men so you can be ready to take on any side that falls bottom at Christmas.

When we Tried The Challenge

We simulated to Christmas expecting to see Salernitana bottom, as they are in real life and where they fared in the pre-season preview. This was how things looked.

Venezia were bottom! A surprise, to be sure, but a welcome one. Whilst Venezia don't have the best squad, and were also promoted from Serie B last season, we're excited to play with them purely down to their kits from this campaign.

Whilst you may opt to Add a New Manager at Christmas, we decided to chance out luck with applying for the job. After a gruelling interview process, we were elected to join the team who'd only won one game since August and sat 8 points away from safety. This'll only work if you've made a manager profile fit to manage in the Serie A, otherwise the likelihood is you won't get an interview and/or offered the job.

This works in the Serie A because of the winter break you're allowed, but it does come with some disadvantages.

If you're a tracksuit manager, then it may be a significant loss for you to not have a few valuable days at the training ground with your players to work on turning things around.

We were appointed as Venezia manager on 3rd January 2022, this takes 2 crucial days away from time you'd be able to spend negotiating contracts and strengthening the squad.

As stated, you could join your new team by adding a new manager, but you could also remember what team was bottom at Christmas and start a new save, becoming their manager at the start of the season.

Let us know what you think of The 5 Season Derby County Challenge on twitter, or in our discord server. To complete the challenge in style, and to help support FM Base, check out My FM Journal and Document Your Success. 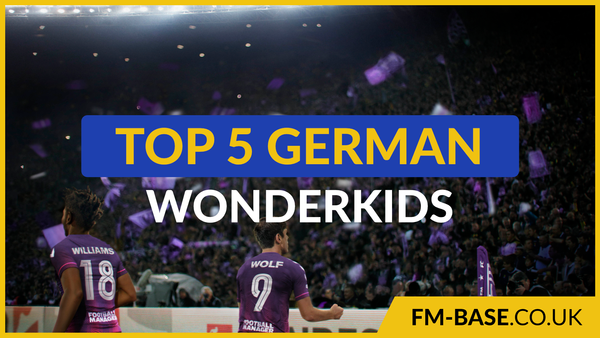 From blazing speed attackers to solid defenders, here are some German wonderkids that are making the headlines in Football manager 2022. 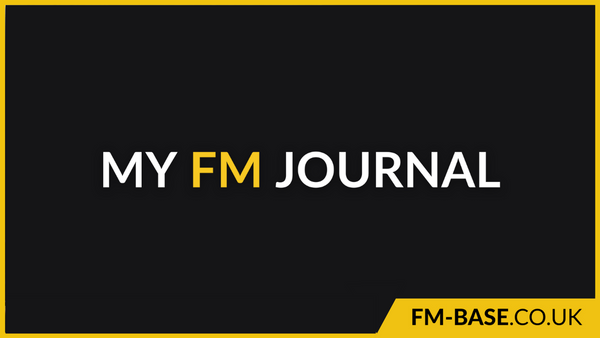 My FM Journal is the only Football Manager notebook you'll ever need. Plan your season in style and create history you never knew could exist.