He may be managing one of the top 5 clubs in the world, but unlike his counterparts at the other four clubs on the list, Jurgen Klopp is not a man to spend unnecessarily. He is a manager that puts everything into his pursuit of a player but is adamant that he will not spend a penny over what he deems the player’s value to be.

But will his latest attempt at the game that is transferred poker backfire? Will both he and the club rue the day they opted out of the race to sign Timo Werner? We’ll get to that a little later, but let’s first take a look at the times Klopp took a step back from transfers and how it worked out for him on each occasion.

Back in 2017, Klopp made his desire to sign the Polish international from Udinese. The move looked all set to go through, with Klopp having met the player and the club approving the move. Zielinski even appeared on Polish TV wearing a Liverpool jersey, such was the confidence that the deal would go through.

But Udinese decided to play hardball and tried to up the ante by demanding more money. Klopp refused to meet the asking price and there was a good old-fashioned standoff. Udinese called Klopp’s bluff thinking he would fold and pay the price, but Klopp decided he’d had enough of this particular game of transfer poker and left the table. A few weeks later he signed Georginio Wijnaldum from Newcastle instead. That’s worked out pretty well to be fair.

Like any seasoned poker pro, Klopp understands that it's all about playing the long game. In fact, any in-depth poker strategy guide will tell you that wishing for instant improvement never works. And that’s perhaps what was in his mind when he pulled out of the proposed Fekir transfer in 2018. The club had supposedly agreed on a fee of around £53million, with the France international seen as a direct replacement for Philippe Coutinho.

Reports state that Fekir’s knee showed signs of trouble. Klopp and the club felt that while he may be a wonderful short-term signing, the potential for injury later in his contract was too great, and so he pulled out of the deal. Instead, he went out and spent the same money on two players, Fabinho and Shaquiri. In this case, taking the small wins over the risky big gamble played out well. Classic poker tactics.

Klopp was in for a left-back in 2016 and Ben Chilwell was on his radar thanks to his mate David Wagner at Huddersfield. On loan from Leicester, the then 19-year-old was impressing, but Leicester played the waiting game and stuck to their £10 million valuations of a player who had yet to break into the first team.

Klopp stuck to his own guns and refused to budge on his own valuation. Instead, he waited an entire season before signing the right man in Andy Robertson for £8 million. It was a decision that has paid dividends, with Robertson now considered one of the best left-backs in world football. Once again, Klopp’s poker strategy of picking the right hand to play worked out really well. But will the same happen with Werner?

Caption – If Timo puts it in the back of the Anfield net when Chelsea visit Liverpool, there’ll be **** to pay

It may not be official yet, but the word is that Chelsea have stolen a march on Liverpool and pinched the German international from under their noses. We’re not quite so sure that this is what happened. Werner has made no secret of his desire to play for Klopp and has been fluttering his eyelashes at Liverpool every time he is interviewed. The feeling seems to be mutual, with Klopp eager to add another back-up option for his incredible front three.

But there’s one sticking point, and it’s nothing to do with a lack of playing time as has been suggested in the media. The true reason for the deal falling through is that Klopp is playing the transfer poker game once again. He rates Werner but feels that his release clause is too high a fee.

The club has made a lower offer, but Leipzig is under no obligation to talk unless the clause is met. Klopp is happy to wait it out and see what happens, but he will not be budged in his valuation of a player who has a much lower release clause in less than a year.

That means that Chelsea now look favourites to sign Werner, while Liverpool will have to make do with their current plan B in Divock Origi. He may have scored twice against Barcelona and again in the Champions League final, but he’s no Timo.

But is it really such a loss for Liverpool? Of Liverpool’s front three, Sadio Mane looks the most likely to leave, but even he doesn’t look like he’s going anywhere. It’s true that at some point in the not too distant future, Liverpool will need to replace Firmino, Salah, and Mane, but right now, there’s no hurry.

Harvey Elliot looks like an incredible talent that could easily slot into either Salah or Mane’s role with consummate ease. There’s also a lot of hope that Takumi Minamino will start to find his feet next season, offering yet another option going forward.

Will Liverpool and Klopp feel that they missed out by not signing Werner? Of course, they will, but that doesn’t necessarily mean that they’ll regret it. Right now, Klopp is blessed with his forward options and his midfield is looking pretty strong too. Perhaps he can add a player or two to spice things up a bit, but does he really need a £53 million player who will spend the majority of his time on the bench? We don’t think so, and apparently neither does Klopp.

So has Klopp lost this game of transfer poker? Well, that depends on how you look at it. If we’re talking about saving money and not overspending on a bench player, then Klopp has won this hand. However, should Werner sign for Chelsea and score the winning goal in a Chelsea vs. Liverpool FA Cup Final… then he’ll have definitely lost, right? 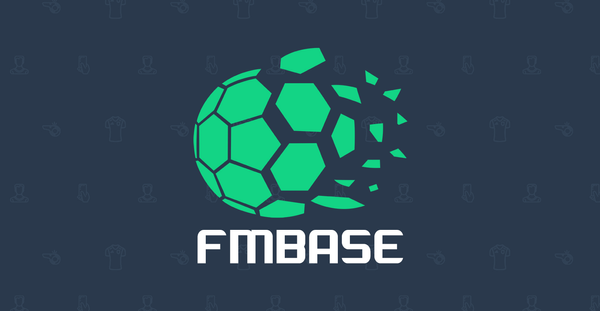 The past few days have been mental, that's something I don't often get to say and I have two kids! We've worked hard to get the site back up and