When playing Football Manager I choose to rely on my staff a lot so I can focus on more pressing issues such as winning matches and setting up my team in a way that gives us the best chance of doing that.

Away from the pitch, there are so many other aspects of a football club that you need to be considering and while I do like searching for the next global superstar we do in fact have systems we can put in place to do it for us. You may have an elite scouting system, or you may have a minimal one but it all works the same: they go out and find players for you so you can use your efforts elsewhere.

I find sometimes that I have too many scouting reports and too many players being shoved down my throat to look at and if I am honest, I would rather not do that.

However, at the same time, I do not want to miss out on a gem amongst the rubble.

So how do I acquire that gem without having to look through countless scout reports? Thankfully, there is such a thing as a Director of Football. If you can find a suitable enough individual to fill the position, then you have someone in the background setting up your future success for you.

What is a Director of Football you ask?

Here is an excerpt from our good friend Wikipedia:

“A director of football is a senior management figure at an association football team most commonly in Europe. The exact nature of the role is often unclear and causes much debate in the Sports Media.

The presence of a director of football acts as an intermediary between the manager and the board and may relieve pressure on a manage by handling aspects away from day-to-day coaching, allowing a manager to focus on on-pitch performance.”

As soon as I start up a game my first action is to usually go and find a Director of Football and as soon as one signs on for my new club I go to the staff responsibilities screen and start delegating some (not all) of my chores over to him.

The following are the roles I give my DOF:

In terms of the staff tab, I will designate my DOF to take control of all staff recruitment. That includes the first team down to the U18s. Their job will then be to hire and fire staff, and to renew contracts of my current staff if they are deserving of a renewal.

Time for transfers now and this is where I do want some control. In the ‘Transfer and Contract Responsibilities’ tab, I will have the DOF do everything apart from finalising player signings both incoming and outgoing. I also prefer to handle incoming transfer offers for the first team. The DOF will act on the first team and U23s ONLY.

The U18s will be taken care of entirely by my Head of Youth Development.

I of course want to finalise all incoming transfers myself because at the end of the day it is me who has to take that player on and if he does not fit at the time fit into my plans or there is no place for him in the squad there is no reason to have the transfer signed off.

As far as player sales I like to be involved in handling the offers we receive to make sure I get the fee that I want. Afterwards, the negotiations and finalisation of the deal can be handled by the DOF as I am not likely to go back on the deal and cancel at the last minute.

Do watch out as your DOF set to initiate player signings himself means you can be led into some news stories that can end up leaving your current players upset. If you see your DOF submit an offer for a player and you know full well that you do not want them then it is best to withdraw the offer yourself.

I have had to do that a few times…

They are particularly useful in terms of the player they bid for as if you find yourself short in a certain position then that is the spot that they will look to fill. You, of course, can shortlist your own players and have them set as transfer targets which will ignite your DOF into action who will then attempt to get the player you have specifically asked for.

If you use your Director of Football differently, I would love to hear how. You can find my Twitter handle at the bottom of the article.

I have listed a few that may be unobtainable depending on the reputation of your club but with a quick look on the staff search and you can find yourselves the right DOF for you no matter what end of the football pyramid you found yourself at.

Last of all I have a few suggestions that would fit quite well if you are managing a club in the English Championship or Leagues One & Two respectively. ‘Safe’ but ‘knowledgeable’ characters that you know will do their job well. They are Steve Coppell, Les Reed, Joe Royle, Glenn Roeder & Tony Adams.

There are many other options out there and you do not always have to appoint a Director of Football as your DOF. On last year’s release of the game I managed to coax Jurgen Klinsmann into the role whilst I was in charge at Everton and his specified job was a manager.

Thanks for reading about the wonders of the Director of Football. I hope you can find the right one for you in this year’s instalment if you choose to have one.

Football Manager 2022 is edging closer and closer. In this article, we go through some of the additions/improvements that we could see in FM22. 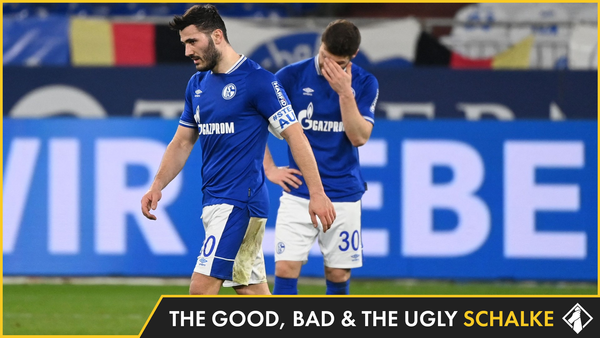 Schalke are a team with a good history. It is fair to say that things have gone drastically wrong for Die Königsblauen. In the article, we look at what has gone wrong at Schalke and look at the possibilities for a Football Manager save.