We've all got our favourite wonderkids from editions of Football Manager gone by. Those players that we signed at the start of every save and built our whole side around. Today we're going back to South America, and taking a look at Brazilian striker Keirrison, a star of Football Manager 2009.

Keirrison starts the game with Brazilian side Coritiba, and can be signed for as little as £5million, a bargain fee even as far back as 2009! He's already a very accomplished striker, with a good all-round game. Quick, determined, a devastating finisher; he's also decent both with his head and with the ball at his feet.

We have a first in the 'Whatever happened to?' series, as we come to the present day and find that Keirrison is currently without a club! At the age of 31 as the game starts, he's still a handy striker, but has definitely regressed from his 19 year old self. His finishing are pace are still at a good level, but they aren't quite as dangerous as they once were, making him a less potent threat. He's also seen his Dribbling, Composure, Decisions and Strength come down by a couple points as he's reached the back end of his career.

Keirrison joined the youth sides of Coritiba in 2005, and made his first team debut in 2006, going on to score 3 goals in 6 games before becoming a first team regular in the 2007 season. He helped Coritiba achieve promotion from Série B to Série A in 2007 and then scored 21 league goals in his first top division campaign as Coritiba qualified for the Copa Sudamericana.

This impressive start to his career saw him sign for Brazilian giants Palmeiras in January 2009, and in an action packed 6 months he again impressed by bagging 24 goals in 36 games in all competitions.

With 89 goals in 158 games in the first 4 years of his career Keirrison was attracting the attention of some of Europe's elite clubs, with Liverpool and Roma particularly interested. Keirrison only had one club on his mind though, and in June 2009 he got his dream move as the mighty Barcelona secured his signature for €14million. Keirrison had signed a five year deal, but as it turned out his dream move was to turn sour almost instantly, as manager Pep Guardiola announced that Keirrison wasn't a player he had requested, and was instead a board sanctioned signing.

“The club has decided to sign him. In principle, he’ll go out on loan. I won’t be counting on him for this season”

Less than 10 days later, Keirrison packed his bags for Portugal, as he joined Benfica on a season long loan. He found game time hard to come by, as Óscar Cardozo, Javier Saviola and Nuno Gomes reduced him to just 335 minutes of action by January, and his loan was cut short after just 7 games. Thanks to his 5 league appearances though, Keirrison did pick up a league title winner's medal. Some years later Keirrison spoke of his time at Benfica, saying:

“Benfica are a big club in Europe but there is no point in moving to a club with a lot of strikers because it is not by chance that they are there. Benfica tabled an offer and Barcelona accepted it. If I knew, I would have not have moved.”

At the end of January 2010 Fiorentina took Keirrison on a 2 year loan, with an option to buy for the same €14million fee that Barcelona had signed him for. He ran into the same problem at La Viola though, stuck behind Alberto Gilardino and Stefan Jovetić in the pecking order and unable to make much impact. He did score twice for Fiorentina, one a late equaliser against Lazio, and the other against Jose Mourinho's Inter Milan. They would turn out to be his only goals in Europe as again his loan was cut short, just 6 months into a 2 year deal.

At the age of 21, with two failed loan moves and no hope of breaking into Barcelona's side, Keirrison returned to Brazil with a loan to Santos, where he would play with a young star by the name of Neymar. He was again a bit part player, but scored 10 goals in 31 games as Santos went on to win the Copa Libertadores.

By this point it was almost expected that Keirrison would be finding a new loan move every year, and next up was Cruzeiro. After just 8 games and a solitary goal, Keirrison ruptured the ACL in his right knee and didn't play for the club again. Keirrison was at an all-time low, and had to rely on former club Coritiba to rescue him, taking him on loan for the final two years of his Barcelona contract. Before he could even make his second Coritiba debut, he again suffered an ACL rupture in his right knee, and after returning to fitness barely featured before suffering a serious injury to his left knee.

Despite a few years of hardly any football and three serious injuries, a lack of Brazilian striking options left Keirrison dreaming of a World Cup place, having never represented his nation. This didn't come to fruition, as the knee injuries had robbed him of a yard of pace and goals were hard to come by. By 2015 his relationship with Coritiba had deteriorated completely, as he took them to court over unpaid wages and medical bills. He left the club to join Série B side Londrina where he scored 7 in 31 games, and then bounced around for three years, playing 2 games back in Europe at Arouca, before amazingly rejoining Coritiba (5 games), and Londrina (3 games). He failed to score a single goal in this time.

It was last reported that Keirrison had made his way out to America, playing for Palm Beach Stars in the United Premier Soccer League at the age of 32.

Quite simply, Joan Laporta. The Barcelona president signed Keirrison and treated him as a piece of stock rather than a footballer, bought with the sole intention of selling on for a profit. Keirrison clearly had the talent, his outstanding start to his career proves that, but he needed a club willing to work with him to realise his potential, and none of Barcelona, Benfica or Fiorentina were willing. All of them had too much competition for places up front, and managers unwilling to take a risk on throwing him in at the deep end.

Did Keirrison make an impact in Europe in your save or did he falter? Was there another Brazilian you spent your budget on instead? Let me know over on Twitter @adam_otbfm and leave some suggestions of wonderkids you'd like to see covered! Come and check out my website onthebreak.net too, we've got lots going on over there! 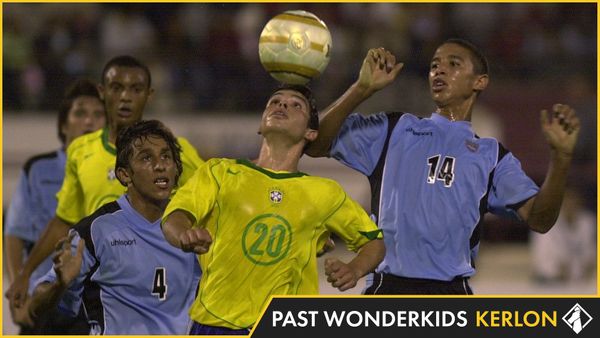 In this article, we take a look at former Football Manager wonderkid Kerlon, and see whether his career has matched the potential SI saw in him. 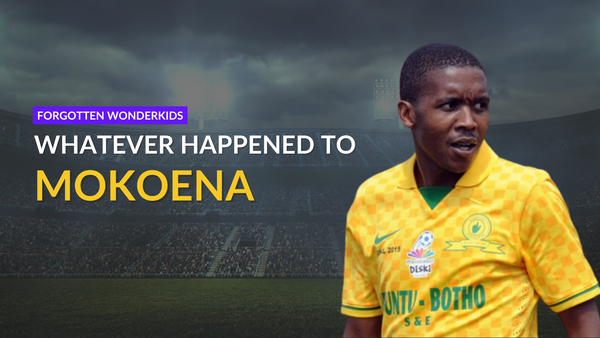 In this article, we take a look at former Football Manager wonderkid Lebohang Mokoena, and see whether his career has matched the potential SI saw in him.