We've all got our favourite wonderkids from editions of Football Manager gone by. Those players that we signed at the start of every save and built our whole side around. These articles seem to run in cycles, as we're back in France for a second consecutive time, with Yaya Sanogo.

Yaya Sanogo starts the game in the youth side of French side Auxerre and can be signed for 5.5m, which isn't an insignificant fee for an unproven 17 year old, but with Yaya's potential could be seen as a bit of a bargain.

His main ability comes in his incredible physicality at such a young age; he's quick, strong and has a great leap, which is a terrifying prospect for any defender tasked with marking him. Add in his excellent finishing, heading and technique and he's got all the makings of a great goal-scorer. His main weakness comes in his link up play, although he's a great focal point for runners to play off of, his relatively poor passing means he'll struggle to effectively drop deep and create.

In the present day, Yaya Sanogo has improved as a creative player, but lost some of the clinical edge that made him such a threat early in his career. He remains an excellent aerial threat and has also become far more of a team player, but his finishing and technique have diminished and at just 27 has already lost a yard of pace.

Sanogo joined the youth ranks at Auxerre at the age of 13, after being rejected by the Clairefontaine academy and then spending a year at Les Ulis, where a certain Thierry Henry also spent part of his youth career. His exploits at youth level both for Auxerre and France saw him immediately courted, and Arsenal and Spurs were both potential suitors as far back as 2009, before he'd even signed a professional deal with Auxerre. Sanogo scored goals at every youth level for France, except for U18 which he skipped. He was sensational at U16 level, scoring 18 goals in 18 games, and also started every game as France won the 2013 U20 World Cup, scoring 4 goals in the process.

The 2009-2010 campaign saw Yaya start with Auxerre's U18's before being promoted to their reserve side, who play in France's fourth tier. His good form at this level saw him named in the first team squad for a Coupe de France tie, the day before his 17th birthday. He came off the bench in extra time to make his Auxerre debut, and also made his first league appearance later in the season, as a substitute against Lyon.

Sanogo was again with the reserves in the 2010/11 season, but missed most of the season after fracturing his tibia and being ruled out for 5 months. After returning to action, Sanogo gradually made his way into the first team picture at Auxerre, making 9 appearances in the 2011/12 season, followed by an impressive 2012/13 season where he scored 10 goals in 13 games.

In 2013 Arsenal finally made good on their interest in Sanogo, and secured a deal to take him on a long term contract. He made his debut for the club against Fulham in August 2013 as a late sub, but in September he picked up an injury on international duty and missed a few weeks of action, hampering his progress. Despite this, he was nominated for the 2013 Golden Boy, alongside names such as Paul Pogba, Raphael Varane and Mauro Icardi - due largely to his form in his final season with Auxerre.

Towards the end of the 2013/14 season Sanogo was involved in some high profile games. He started against Liverpool in the FA Cup, and then went on to play in the semi-final and final of the tournament as Arsenal went on to win it. He also played against Bayern Munich in the Champions League, starting the first leg as Arsenal were eliminated in the round of 16.

With a bit of momentum building, 2014/15 could and maybe should have been Sanogo's breakthrough year. In an Emirates Cup game during pre-season Sanogo was incredible, and scored four goals as Arsenal defeated Benfica 5-1. He was then chosen to lead the line ahead of Olivier Giroud for the Community Shield against Manchester City, a game that Arsenal won 3-0, although Sanogo again failed to trouble the scoresheet. It took until late November 2014 for Sanogo to finally score a competitive goal for Arsenal, bagging early against Borussia Dortmund in a Champions League group game. That, remarkably, would prove to be Sanogo's only goal for Arsenal.

In January 2015 Sanogo was loaned to fellow Premier League side Crystal Palace in search of more first team opportunities, but unfortunately this was just the start of a string of unsuccessful loans. Sanogo grabbed his first and only goal for Palace in an FA Cup tie against Southampton in late January, but didn't score in 10 Premier League games for the Eagles. Following this was a loan to Eredivisie giants Ajax, but this was even more of a disaster, best summed up by the nickname he gained during this spell - Yaya Sanogoal. 6 games, no goals, even had to trot out for Jong Ajax three times, still no goals. Then came Charlton Athletic, and even a drop to the Championship couldn't get Yaya firing much. He did bag a hat-trick in a 4-3 defeat against Reading, but this was Sanogo's only contribution in 8 games for the Addicks.

With no chance of ever making it back into Arsenal's first team, he was released at the end of his contract, and made his way back to Ligue 1 with Toulouse. Despite not reaching prolific numbers, he did contribute much more effectively with Toulouse than he had in his previous loan spells. He scored 16 goals in 72 games in all competitions, but unfortunately his spell with the club ended with relegation to Ligue 2.

Sanogo has recently signed a deal with Championship side Huddersfield Town that runs until the end of the current 2020/21 season, but is so far goal-less in 7 appearances.

It's difficult to say that anything really went wrong in Yaya's career, it's just a case that it never really got started. Although clearly a talented youngster, he didn't have a long or incredibly successful spell at Auxerre, and by the time it had become clear he wasn't able to make an impact at Arsenal, he wasn't likely to get too many chances to recover his career at a high level. A late renaissance of sorts at Toulouse confirmed that Yaya was more effective in French football, perhaps nodding to a lack of adaptability that would have had a negative affect on his game abroad.

Did Sanogo score Premier League goals by the hatful for you? If not, who was sticking the ball in the net for your side? Let me know over on Twitter @adam_otbfm, and leave some suggestions for wonderkids you'd like to see!

Don't forget to also head over to onthebreak.net where we've got a load of Football Manager content by myself and others! 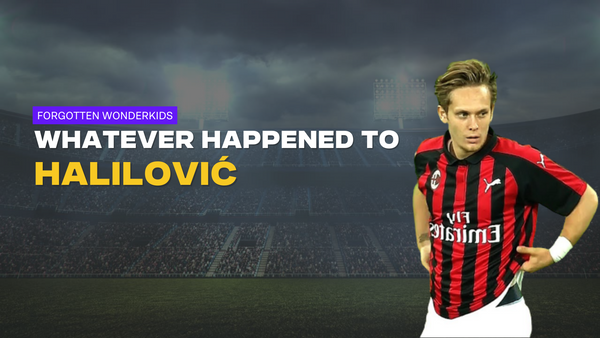 In this article, we take a look at former Football Manager wonderkid Alen Halilović, and see whether his career has matched the potential SI saw in him. 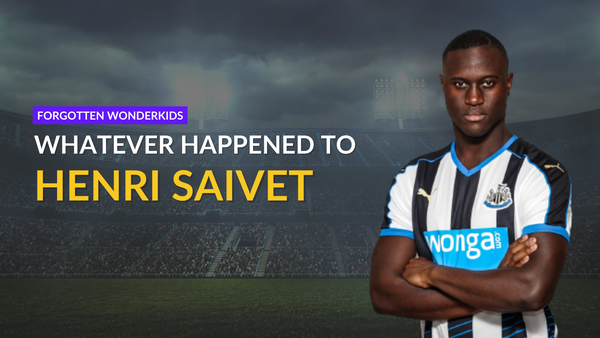 In this article, we take a look at former Football Manager wonderkid Henri Saivet, and see whether his career has matched the potential SI saw in him.