We've all got our favourite wonderkids from editions of Football Manager gone by. Those players that we signed at the start of every save and built our whole side around. Today we're taking a look at English left-back Joe Mattock, a fine prospect in Football Manager 2009 and winner of many England caps in saves gone by.

Joe Mattock starts the game already established in Leicester's first team squad, albeit in League One, a far cry from the future 5000-1 successes to come. He can be signed for under £5million, and although it's probably too soon to throw him into the best sides he has incredible potential and when considering the longevity of the investment it's a small price to pay.

Joe is a very well rounded player and the epitome of a young, attacking full-back; he's equally adept at either end of the pitch, comfortable on the ball and possesses strong physical attributes. At 11's and 12's some of his attributes hold him back from being a truly incredible full-back right from the start, but at just 18 he has a lot of time on his side to develop and become world-class.

Moving forward, Joe has arguably regressed compared to his 18 year-old self. In the key attributes highlighted above, Joe has only improved in four (Crossing, Marking, Anticipation and Positioning) and not by much. In contrast, he has lower scores in eleven attributes, including all of the physical attributes. At 30 this is somewhat expected, but as a full-back physicality is key, and he's clearly already on the decline. He's a solid Championship full-back, but could have been so much more.

Joe Mattock was a Leicester City academy prospect, and in the 2006/07 season was named their Academy Player of the Year, whilst playing in the same side as Max Gradel and Andy King amongst others.

Joe made his first-team debut in April 2007, coming on as a substitute in a home defeat to Norwich City, and then started three league games before the end of the season. The next season saw Joe establish himself as a first-team regular in a struggling side, making 31 appearances as Leicester were relegated to League One. Midway through that season, in the January transfer window, West Ham United made an offer for Mattock which was rejected, and once the season ended Aston Villa declared their interest in both Mattock and his team-mate Richard Stearman. Stearman did leave, joining Wolves, but Joe remained with Leicester for another season, helping them to win League One and return to the Championship at the first time of asking. That season wasn't straightforward for Joe, as he suffered ankle ligament damage early on which kept him out for several weeks, and just before the end of the transfer window he was disappointed when the club again rejected offers for him, this time from un-named clubs but both worth upwards of £1million.

In August 2009 Mattock finally got the move he wanted, as West Bromwich Albion showed some interest and Joe once again handed in a transfer request to push a deal through, much to the anger of manager Nigel Pearson. A £1million bid was accepted, and Joe signed a three year deal with the Baggies. He cited his ex-teammate and friend Richard Stearman as his reason for wanting to leave, as he had just helped Wolves gain promotion back to the Premier League.

Joe played 29 Championship games as West Brom gained promotion, but then never played for them again, instead joining Sheffield United, Portsmouth and Brighton in a succession of loans back to the Championship. At the end of his final loan spell it was expected that he would sign permanently with Brighton, but instead spent three years with Sheffield Wednesday before being released in 2015.

Joe joined Rotherham at the end of his Sheffield Wednesday contract and is now in his sixth season with the club, the longest spell of his career.

At youth level internationally, Mattock represented England at Under 17, 19 and 21 levels, becoming the second youngest representative of the U21's ever, behind Theo Walcott. He didn't make the squad for the 2009 U21 Championships though, and only played five times at the highest youth level.

Joe's career never really took off, but could have taken a very different path if he had got the move to either West Ham or Aston Villa that he so clearly wanted. If he had ever been given the chance to play Premier League football it could well have been a chance to really prove himself at a higher level and develop, but that chance never materialised and the Championship was as good as it got for Joe. SI seemed to think he had everything he needed to succeed, but if he truly did he was never afforded the chance to demonstrate it at the highest level.

Was Mattock a must sign? A key member of your back line or did you have a better option? Let me know over on Twitter, and feel free to leave some suggestions of wonderkids you'd like to see in this series! 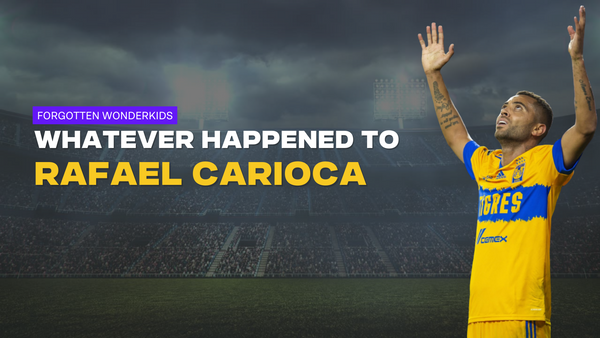 In this article, we take a look at former Football Manager wonderkid Rafael Carioca, and see whether his career has matched the potential SI saw in him. 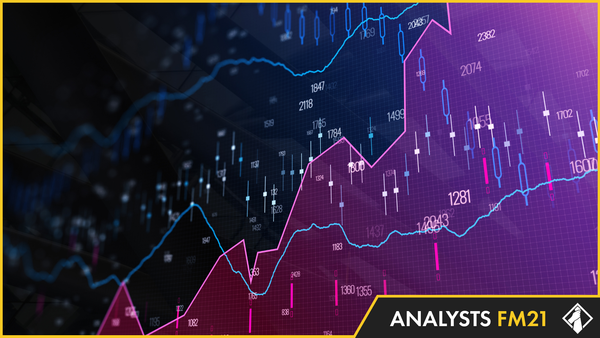